[Seedbox]Fools and Idiots - Intellectual Disability in the Middle Ages (2016) 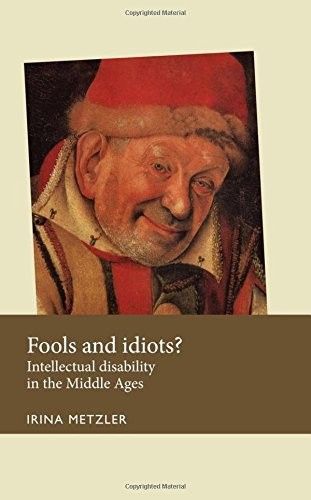 This is the first book devoted to the cultural history in the pre-modern period of people we now describe as having learning disabilities. Using an interdisciplinary approach, including historical semantics, medicine, natural philosophy and law, Irina Metzler considers a neglected field of social and medical history and makes an original contribution to the problem of a shifting concept such as \'idiocy\'.

Emphasising the issues with imposing modern definitions of what has variously been called cognitive, intellectual or mental disability onto the past, this book analyses a wide range of medieval and modern material. In order to explore how the names and words used to describe people also influenced their social and cultural treatment, this book looks at what the medieval equivalents to our modern scientific or psychiatric experts had to say about intellectual disability, and by uncovering how medieval normative texts shaped ideas of idiocy and folly, this study reconstructs what the legal and social implications of such concepts were.

The book demolishes a number of historiographic myths and stereotypes surrounding intellectual disability in the Middle Ages and suggests new insights with regard to \'fools\', jesters and \'idiots\'.

Fools and idiots? Intellectual disability in the Middle Ages will be required reading for anyone studying or working in disability studies, history of medicine, social history and the history of ideas.